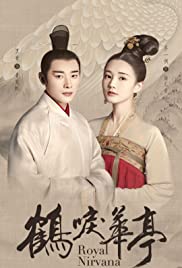 Crown Prince Xiao Ding-Quan is outstanding and respected, but under continuous attack for his position by his half-brother and corrupt court officials. He lost his mother, the Empress, and baby-sister at a young age while his paranoid father, the Emperor, favors the half-brother Prince Qi, the son o