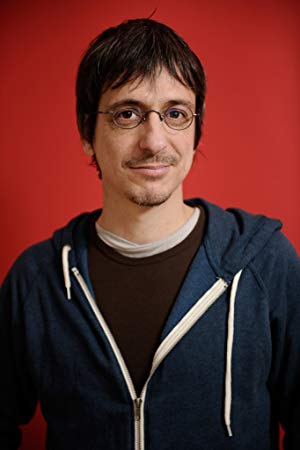 After studying Canadian politics and international relations, Philippe Falardeau was chosen in 1993 as a contestant for the popular TV series La course destination monde (1988) (a contest were the participants tour the world making short films). There, he shot 20 films and ended up winning the race as well as the IDRC Award.

In 1995, he collaborated with director Jacques Godbout to co-write Le sort de l'Amérique (1997) a National Film Board of Canada documentary.

Two years later, he returned to the NBF to direct a medium length documentary on Chinese immigration in Canada, called Pâté chinois (1997). The film was presented at the Montreal World Film Festival and won Best Screenplay Award at the Yorkton Film Festival.

In 2000, he directed his first theatrical feature film, La moitié gauche du frigo (2000) (The Left-Hand Side of the Fridge). The film was a big success in Canada, and screened in numerous festivals around the world including Rotterdam, London, Paris, Seattle, Vancouver and Montreal. At the Toronto Film Festival, La Moitie gauche du frigo won the City TV Award for Best Canadian First Feature and at the Canadian Genie, the Claude Jutra Award. In France, the film was distributed theatrically by Pierre Grise Distribution.

With 刚果风情画 (2006), released in 2006, Falardeau made his second feature length film, a Canada/Belgium/France coproduction. Distributed theatrically in Quebec as in Europe, the film rapidly won audience's and critique's hearts, and remarkably distinguished itself at the numerous festivals at which it was presented. After being premiered at the Director's Fortnight in Cannes, as the closing night film, "Congorama" made its way to San Francisco, Toronto, Pusan, Goteborg and to New Directors / New Films at New York Moma. In addition to earning 5 Jutra's Awards, including Best Film, Best Direction and Best Screenplay, it also won the Best Screenplay Award at the Genies in 2007.

In September 2008, his third feature C'est pas moi, je le jure! (2008) (English title: It's Not Me, I Swear!) premiered at the TIFF. It won the Best Film Award and the International Jury Award in the Generation section at the 2009 Berlin Film Festival.